The most magical things to do at theme park The Efteling, The Netherlands 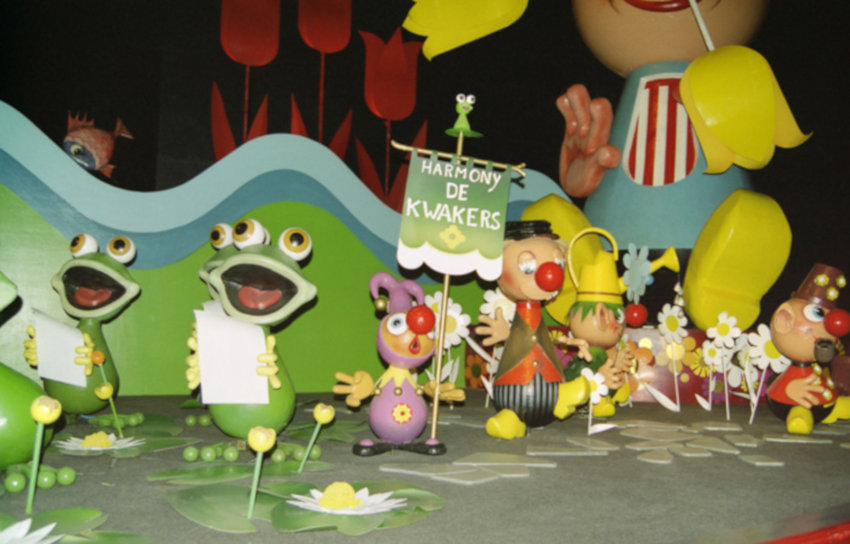 In The Netherlands there is a place where fairytales come to life. In the Efteling theme park you will find wonderful attractions for the whole family. From rollercoasters to rides past dancing puppets to giants and fairytale forests. As the Netherlands is a pretty small country it’s also quite easy to visit, as people who are staying in Amsterdam will find that it’s only a train ride away. And it’s even possible to simply stay at the parks own themed hotel.

The Efteling is the biggest theme park in the Benelux and the third most visited theme park in Europe. It also won several awards for being the best theme park in the world. So what exactly makes the Efteling as fun as it is, you ask? A lot of the charm of the Efteling comes from it’s high quality attractions with recognizable designs that incorporate popular fairy tales. Even the colors of the park are designed as if they come from a old and hidden world that you as a visitor gets to rediscover. For obvious reasons it can be a good idea to book your tickets in advance to skip the line. So let’s take a look at some of the most interesting things to do in the Efteling theme park.

The Fairytale Forest is a park in the Efteling that shows children that fairytales are actually real. Here you will find giants and other mythical characters from famous children literature, such as the Brothers Grimm, Hans Christian Andersen and Charles Perrault. So expect to find the Little Red Riding Hood, Snow White, The Red Shoes, Rapunzel, a dragon, a mermaid, a talking tree, pinocchio and more classics, which you can enjoy during your relaxing stroll through the park. How many of them can you recognize?

The Piraña is a river rapids ride, which means will take a boat which will drift away on a turmelous ride across the streaming river. As one of the largest attractions of the park, the ride takes a very scenic route as it passes waterfalls and increasingly intense rapids creating a mild scare for the adventurous visitors. The ride has a native American, Aztec, Incan and Mayan theme to it with large statues adding to the fairytale atmosphere of the theme park. The Piraña is especially popular during the summer months, as there is nothing more fun than taking a raft across water while enjoying the summer sun.

The Efteling has multiple rollercoasters. One of them is The Baron 1898. The Baron is a scenic open air rollercoaster ride that’s themed after a Dutch gold mine. It’s a steel dive coaster where the cars have no floor. As you slowly ride upwards the cars come to a standstill, only to proceed to plunge you almost 40 meters down into a haunted gold mine. Only to shoot you out again into the first loop. If you’re not easily scared then this rollercoaster is quite a thrilling experience for the visitors.

Have you ever wanted to travel the world? Now you can! The Carnival Festival is a musical ride where your car is driven across cultures from the entire world. You will drive past countries like Japan, Italy, Mexico, Alaska, the UK, Hawaii, China, Germany, South Africa, the Netherlands and more. As you ride through each country you will see moving puppets showing the stereotypical image of that country. A fun detail is that the musical composition of the attraction also changes its instruments to match the music of that country. And within a couple minutes you have journeyed the world. It’s no surprise that this child friendly attraction is probably the most well known attraction of the Efteling in the Netherlands.

The most haunting attraction in the Efteling is the Villa Volta. It doesn’t scare it’s audience with monsters or jump scares, but with a haunting atmosphere that you won’t find anywhere else. The house is themed after the Dutch folklore of the Buckriders, who were a bunch of thieves that rode through the sky on goats given to them by the devil. In the 18th century criminals in the Netherlands have actually received the death sentence for being part of this nightmarish gang. Villa Volta is said to be the house of one of the Buckriders, which has been cursed for robbing a church.

As you enter the mansion the story of the Buckriders is being told in Dutch, as people wait in line for the main attraction. After which you are given a seat in the main hall of the mansion. As you sit down haunting music can be heard and you feel as if the entire building is moving. Soon after the walls start to move as well. And before you know it the entire house is upside down. Is it real or just an illusion? It’s something that you have to experience to believe. Villa Volta is actually one of the first large scale madhouses in the world, but it’s certainly as fun as ever.

The Flying Dutchman is a famous ghost ship that is doomed to sail the seven seas forever. And now you can enter it as well. This first part of the attraction is a walkthrough where you enter the beautiful house of a captain of the Dutch East India company, only to find out not all is well on the inside, as the place has been burned and looted. There is stolen loot and rumors go that it’s also haunted. In the second part of the attraction you get to enter a small boat, which is the water coaster. As you leave the harbor expect to be in for quite a ride ending in a splash.

The Symbolica is a the most expensive attraction in the Benelux. It’s a ride that goes through an old castle. The scenes you come across tell the story of the mascot of the Efteling, the wizard and jester Pardoes. At the start of the ride you can choose between three tours, which are mostly the same and mostly change from which angle you get to see the scenes and which interactive element you will get to experience. The tour takes you through the medieval palace and shows you the magic that’s going on inside.

If you want to meet elves and trolls then the Dreamflight is for you. The Dreamflight is a dark ride, which pulls you into a dream world through elaborate scenes with animatronics. It starts at the castle realm, taking you through the wonder woods, where you will find elves, the elven tunnel, star garden and back to earth where the trolls live. It’s quite an accessible ride for the whole family to enjoy.

George and the Dragon is a classic wooden roller coaster with two similar yet different tracks right next to each other. The attraction is inspired by the timeless legend of Saint George who defeated a dragon to save a princess, so the story of the ride goes that its open to courageous citizens who are willing to defeat the dragon. How do you defeat the dragon? Well, by having the two cars race against each other of course! And the car who finishes first is said to have defeated the dragon. The rollercoaster has two tracks, called fire and water, who race against each other to the finish, which gives the ride a nice spin. And you never know which one of the two tracks will finish first. At the end of the track you will see a victory flag hanging to the side of the fastest track.

The Fata Morgana is a boat ride inspired by the Arabian Nights. Here you can take the boat into the forbidden city, where you will find snake charmers, belly dancers, the Sultan with his riches, tigers and if you’re unlucky even street criminals and a giant. As you enter these magical foreign lands you will quickly realize the sultan has surrounded himself with an impressive entourage that you have to see to believe.

The Fata Morgana is one of my personal favorite rides in the park due to the stunning and memorable setting that the Efteling has created. It truly feels like your journey immerses you in an entirely different world, that most of us only know from childhood stories.

If you want to stay for more than one day, then you could consider staying at the enchanting Efteling hotel. The hotel looks like a beautiful and chic set piece of a fairy tale castle, filled with people who are excited to work in a theme park. So you can be guaranteed the service is top notch in this 4 star hotel. There are plenty of services to be enjoyed at the hotel, such as the a play castle for the children, a restaurant, a bar, sunny terraces, a souvenir shop, wifi across the hotel and more.

When you stay at the Efteling hotel breakfast is included. Entrance to the Efteling theme park is also included, which you are allowed to enter 30 minutes before the park is even open. So the early bird can take the most fun rides without any queues at all.

The Python is the fastest rollercoaster in the Efteling theme park. This high speed ride will take you to great heights as you get to experience its double loop and two corkscrews. The ride has been renovated in 2018, but the most important elements of the ride have stayed as we know them. Daredevils looking for a thrill owe it to themselves to give this ride a go. The ride is not as well themed as the other rides in the Efteling, but the experience is guaranteed to give you the adrenaline rush you have been longing for.

This is only a glimpse of the fabled attractions the Efteling has to offer, but hopefully it have given you a nice impression of the Efteling theme park and plenty of reasons to check it out. The Efteling has lots of musical and themed rides which can be enjoyed by the whole family, which take you from the Arabian nights to the rapid rivers of the Americas. If you also want to enjoy the awesomeness of the Efteling then you can book here. If you have children it’s certainly one the most immersive theme parks in Europe.

Author: Chris Bell
Filed Under: Europe
The greatest traditional festivals and events in Spain
A (free) walking tour through the center of Amsterdam