The greatest traditional festivals and events in Spain 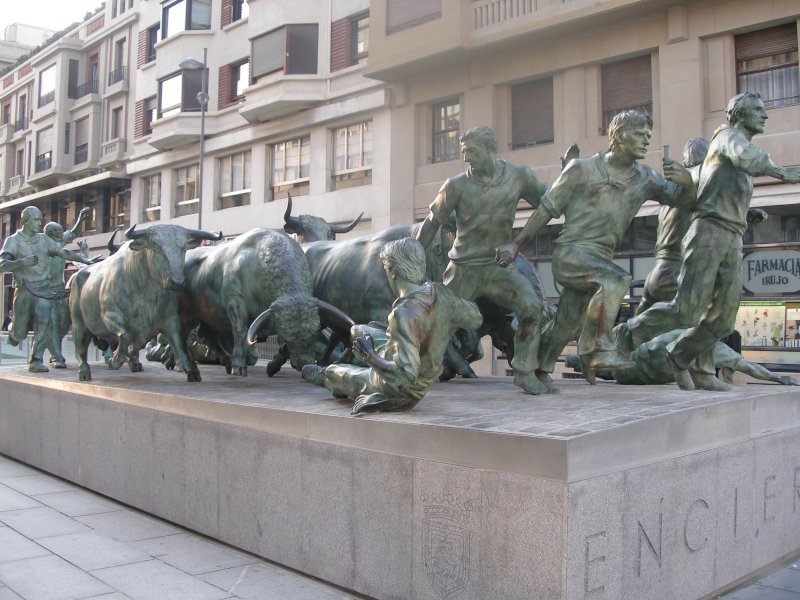 Spain is known for its laid back population and vibrant celebrations. You can say a lot about Spanish people, but they certainly know how to party. In this blog we will dive into the greatest celebrations Spain has to offer. Sometimes it’s easier to show you how unique and vibrant each of them are than to describe it, which is why we included some footage of each of them. As these are all public celebrations you can actually experience them all in person if you plan your trip accordingly. Now, let’s find out what the most exciting festivals and celebrations in Spain are.

During carnival people celebrate in abundance before the fasting period starts. During this celebration the roles of society are being reversed, as on the first day a new queen is elected and people take on a new appearance using elaborate costumes and masks. Each year also has its own theme, which can be used as inspiration for the carnival parades. Carnival is the perfect excuse to spice up your regular sunny vacation in Tenerife with more than a week of musical performances, parades with decorated carriages, dancing and partying.

The Holy Week in Sevilla is an impressive celebration which takes place in the week leading up to Easter. Christian processions will be held where people walk for repentance with Christian statues and imagery. At the front walks someone with a large cross. Robed people who walk barefoot in the procession wear their notorious pointy masks, that only show the eyes, so they can repent without being recognized. They are followed by a marching band playing grim music. Which is then followed by more people willing to repent and a float with virgin mary at the end. It might not be the most happiest celebration in Spain, but it is certainly a very memorable one.

Two weeks after this event Feria de Abril is celebrated in Sevilla, which is the exact opposite of this event. From the moment the gate to the fair grounds are lighted you can enjoy a six day long fair. On the colorful and brightly decorated fair you will find plenty of tent poles with music, you will find people dancing in the streets, doing the Flamenco, people wear traditional clothes and instead of walking barefoot, people ride horses and carriages, and celebrate by drinking Sherry and eating gambas and fried fish.

We have all seen the images. The Bull Run in Pamplona is one of the most exciting and adrenaline pumping events in Spain, with a dramatic and equally exciting ending. This centuries old tradition starts with a week of celebrations, involving basque folk dancing, eating, traditional sports such as wood cutting, theater and ends with a parade of giant paper maché figures. San Fermin is mostly a culinary festival, but it’s most known for the bull running and bull fighting.

On the second day of San Fermin the bull run takes place. Hundreds of people get chased by 6 bulls and 6 steers through the narrow streets of Pamplona. According to folklore Saint Fermin, to which this celebration is dedicated, met his end by being chased through the streets by bulls, which is reenacted in this event. Although this piece of folklore seems to be made up. After the bulls are guided to an arena a week of bullfights will take place in the arena.

In some areas of Spain the bull run takes place in a different fashion. As for example at Boloencierro in Mataelpino, Madrid people have replaced the bull with a giant boulder that chases people down the street. A boulder run if you will. That does make me wonder, would you rather be chased by a bull or a boulder?

In the province of Valencia you will find Tomatina. Over the years a food fight getting out of control turned into a traditional festival. In the distant past there have been several attempts by the local government to stop these events over the years, but you can’t stop a flying tomato. So eventually the government has given up and embraced the activities. These days Tomatina has become a popular tourist attraction, as for over two hours a tomato fight is held at the townsquare in Buñol.

My personal favorite celebration in Spain is La Festa Major de Gràcia in Barcelona. La Festa Major is a colorful street festival that is being celebrated by beautifully decorating the streets of Barcelona. Locals dress their street up in accordance to a theme, in hope they will end up with the most original, creative and eye catching street in Barcelona. This of course goes hand in hand with marching bands going through the streets, parades, music and people enjoying some good food. It’s a pretty unique festival that you won’t see anywhere else.

Every year more than a million people come to Valencia to celebrate Las Fallas. During this street festival the locals will showcase gigantic statues from wood and foam that were created specifically for this celebration. These statues are called Fallas and can reach an impressive height of up to 30 meters. The festivities start with a big celebration on the last sunday of february, after which fireworks will be lighted every day. At the end of the celebration the large statues, the Fallas, will be set on fire to celebrate the start of the spring season.

Historically Christians and Moors have been rivals battling it out over Spain for a long time. To commemorate the battles that have been taken place people in Alicante will dress themselves up in traditional Moorish and Spanish attire, often with proper weapons and horses or camels, and parade through the city. Eventually leading up to a reenacted battle between the factions. A great way to remember the past.

If you love wine, horses and Flamenco, then Feria del Caballo is a celebration that should certainly speak to you. During these events there will be parades with dressed up people riding their horses every day. There will also be horse dressage competitions, jumping competitions and chariot competitions that take place in Jerez. And there will be celebrations and dancing on the funfair grounds, while people enjoy their sherry and tapas. It’s all a great show that’s sure to amuse.

Author: Monica Bennett
Filed Under: Europe
The beautiful star shaped fort cities of the Netherlands [with drone footage]
The most magical things to do at theme park The Efteling, The Netherlands