The impressive cityscape and historical attractions of Edinburgh, UK 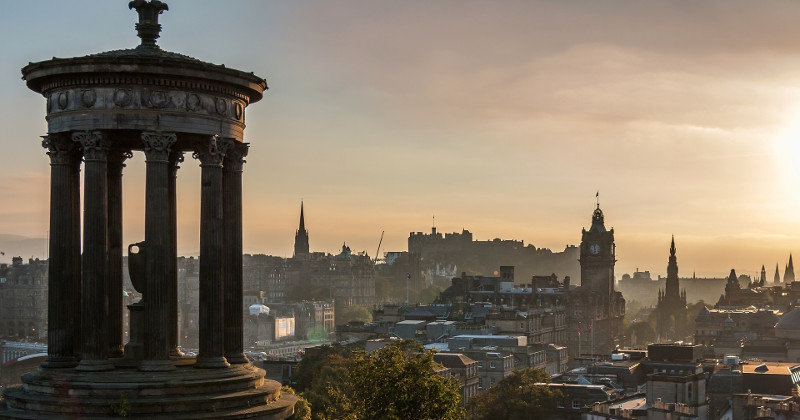 Edinburgh is the capital of Scotland and is the perfect getaway for anyone looking to have a fantastic vacation experience in the UK. On the mention of Edinburgh, many images quickly conjure up such as of rowdy pubs, grassy hills, and of course the castles. But this city is sometimes also referred to as the ‘Athens of the North’. This is because of its reputation for education and learning and the many neo-classical structures and buildings.

However, depending on your vacation schedule and duration, there are a host of amazing attractions you can visit in this great city where the Old Town as well as the New Town are on the UNESCO World Heritage List. To help you out, I have selected some of the best places to visit during your stay in Edinburgh.

This historic fortress on the volcanic Castle Rock stands out from the Edinburgh skyline. The castle has been used as a royal castle since the 12th century, but became a royal residence and thereafter a military barrack. Named as one of the finest heritage attractions in the UK on multiple occasions, it attracts about 1.5 million visitors a year. It is also home to both the Stone of Destiny and the Crown Jewels of Scotland. Since 1861 the One o’clock Gun is fired daily (except on Sunday, Christmas and Good Friday) as a time signal so that ships in the harbour of Leith and the Firth of Forth’s southern shore could set their maritime clocks.

Just some minutes northwest of the city center is Dean Village, a gorgeous oasis just adjacent to the Water of Leith. It is a former village where milling (mainly grain) of water mills took place, and lucky for you, you can get to see the remains of that piece of history. In your stroll around it, you will not only come across an assortment of special millstones but also stone plaques beautifully decorated with pies and baked bread.

It is perfectly located for you to access a plethora of amazing spots and structures such as the Dean Bridge, St. Bernard’s Well and the Well Cour of which the latter is the most iconic structure in this village. You can enjoy the best views over the river and the small houses that line the street when you walk down Hawthornbank Lane. And if you are an art fanatic, the Dean Gallery and Scottish National Gallery of Modern Art are must sees.

The amazing fact about the Edinburgh sceneries is that they are only some distance from one another and as such, you can easily move from one to the other in a matter of minutes. Just a few miles across the Edinburgh Castle is the Palace of Holyroodhouse which is also known as Holyrood Palace. It was founded as a monastery in the year 1128, but has served the Scotland monarchs since the 16th century and was best known as the residence of Mary, Queen of Scots. Nowadays it is an official abode of the British monarch in Scotland, Queen Elizabeth II.

The palace includes fourteen impressive historic and State Apartments, the romantic ruins of the historical Holyrood Abbey and the remarkable royal gardens that are open to public virtually all year round. The catch, however, is the Queen’s Gallery which boasts a changing exhibition of historical artifacts and other art pieces from the ‘Royal Collection’.

Were you aware that a concealed part of the city of Edinburgh exists beneath its city streets? If you weren’t, then you need to be part of the amazing tour across the Mary King’s Close. A close is Scots term for a small lane or alleyway. This close and neighbouring closes were among the busiest streets of the then medieval city. But in the 18th century these closes were built over by the City Chambers. Fortunately, this medieval alleyway has survived almost unchanged. Nowadays a tour around this subterranean labyrinth of closes will give you an insight of everyday life back in the 17th century. And if the spooky stories and myths about Mary King’s Close are true is up to you to judge.

On Calton Hill, the Acropolis of Edinburgh, you will get an amazing panoramic outlook over the city that you should not miss! From here you can enjoy the beautiful cityscape of Edinburgh to the fullest. To the west is the Princes Street and the Edinburgh Castle, in the south is Arthur’s seat, while to the north and east Leith docks and Firth of Forth are perfectly visible. If you come here in the early morning you can admire the beautiful sunrise over the city.

On Calton Hill you also will find several iconic monuments and buildings, but the greatest scene is the remarkable National Monument on the hill, which was erected as the remembrance for those that lost their lives during the unfortunate Napoleonic Wars. This National Monument is inspired by the Athenian Parthenon. On the southern slopes of Calton Hill you will have the opportunity to see the Old Royal High School which is built in a neo-classical Greek Doric style and an iconic part of Edinburgh’s cityscape.

More details and other attractions in the fascinating city of Edinburgh can be found on the website of Edinburgh.

Author: Monica Bennett
Filed Under: Europe
Should you visit Riga, the largest city of the Baltic states? (Yes, you should!)
This is why countless tourists visit the small town of Siena in Italy